Summer was drawing to a close and my granddaughter was soon to be starting Kindergarten, so I wanted to do something extra special to celebrate. She had no idea what was planned, as I wanted it to be a surprise.

Her first surprise was when I picked her up and her Mommy had her suitcase packed for her. She was excited to learn that she would be spending the night with her Mimi, but even more so when I told her we were going to a “hotel house,” as she calls them.

We headed north, toward Newport, KY, a river town just across from Cincinnati. When we came upon the Cincinnati skyline, she said, “Woo, wee! Us country girls are going to be big city girls today!”

Upon checking into the hotel, we grabbed a luggage cart and went to retrieve our luggage. McKenna hopped on along with the luggage, and served as the official elevator button pusher. We stocked our hotel fridge with snacks and beverages, and she “decorated” the room by placing the brochures that she collected in the lobby all around the room. Next, of course, was jumping on the bed! After much playing, snacking, and looking through all of the brochures to determine which places we might like to visit one day, we finally settled into bed to read some books before drifting off to sleep.

The next morning, McKenna awakened to find her princess clothes waiting for her. Her eyes grew as big as silver dollars when I told her we would be attending a Royal Princess Party on the Riverwalk! 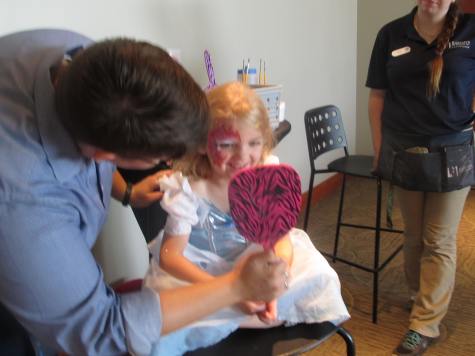 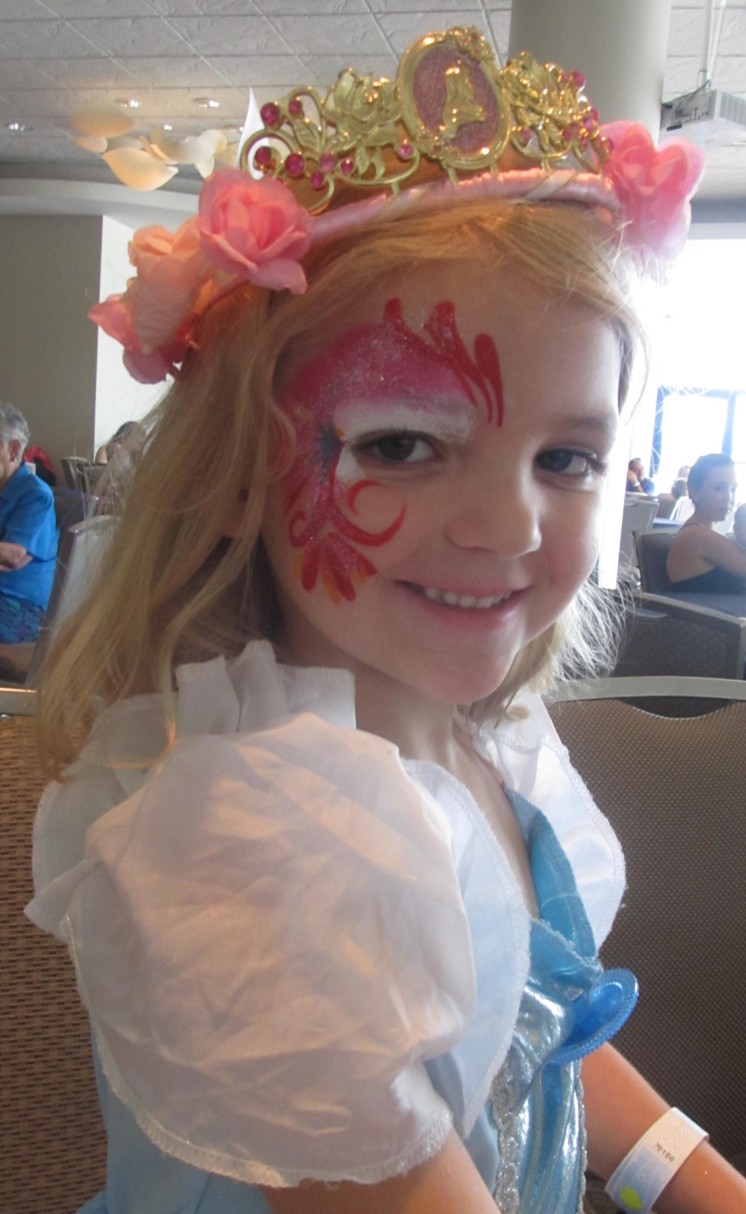 Upon entering the party, sponsored by the Newport Aquarium and B&B Riverboats, she got her face painted and received lots of princess jewels and other goodies. We were treated to a beautifully arranged buffet lunch, which included salad bar, assorted sandwiches, fresh fruits and veggies, and an amazing display of fancy sweets. The Fairy Godmother showed up to entertain us. McKenna thought she was beautiful!

Following lunch, the Fairy Godmother led us down to the river, where we boarded the Belle of Cincinnati Riverboat for a Royal Princess Ball. The main floor of the boat was magically decorated for a perfect storybook fairy tale. 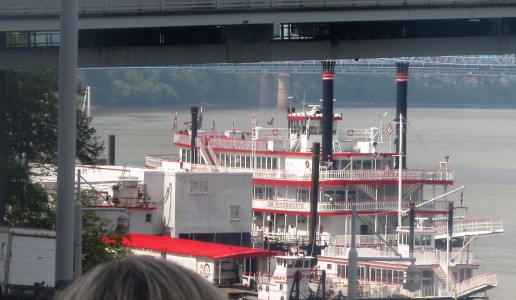 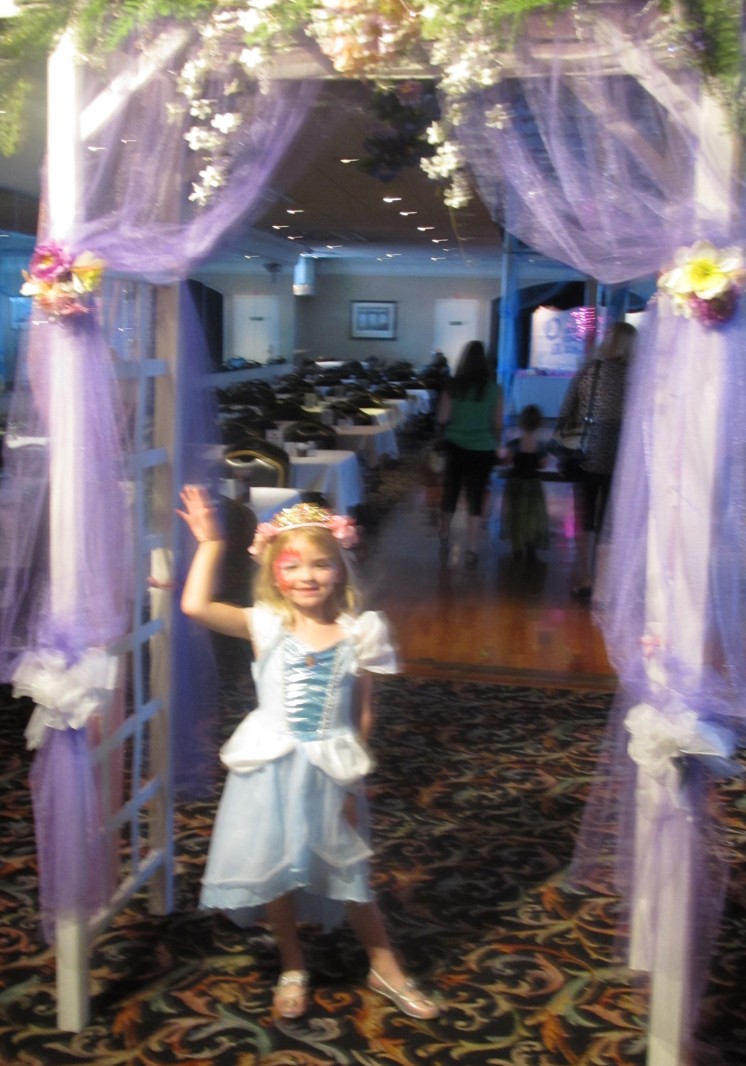 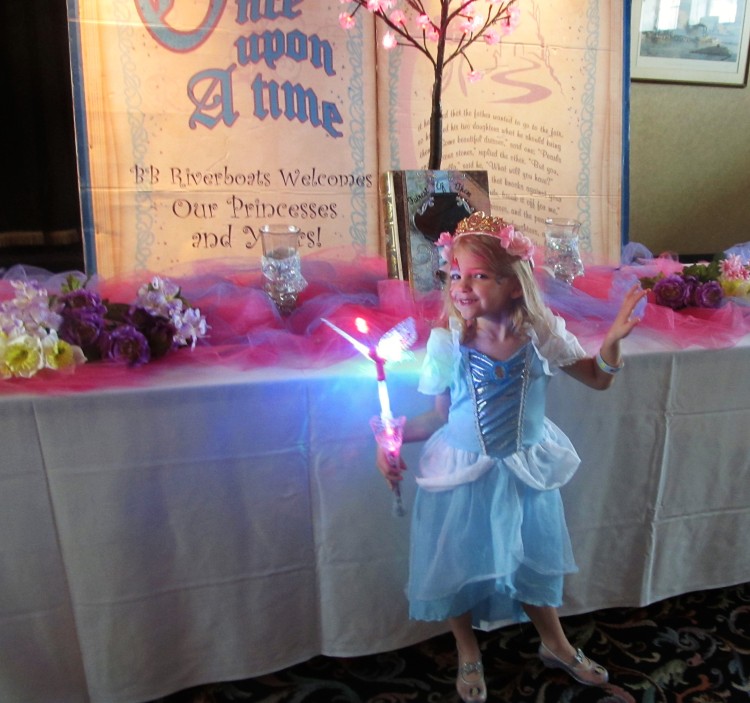 McKenna and all of the other little princesses were thrilled to meet Snow White, Princess Anna, and Queen Elsa – the “real ones!” Princess Anna sang “Do You Want to Build a Snowman?” and Queen Elsa sang “Let It Go.”  There was much dancing, singing, and merriment, along with the opportunity for photographs and autographs. 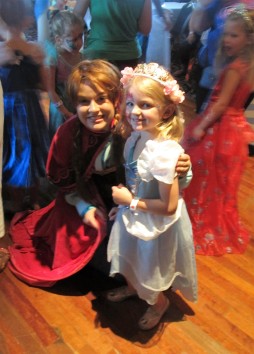 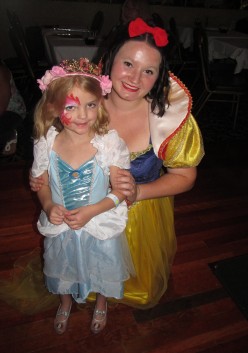 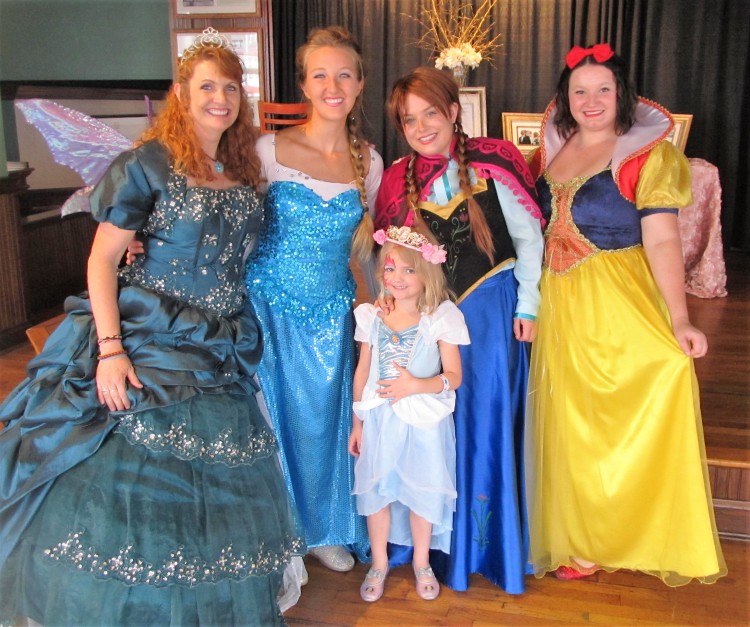 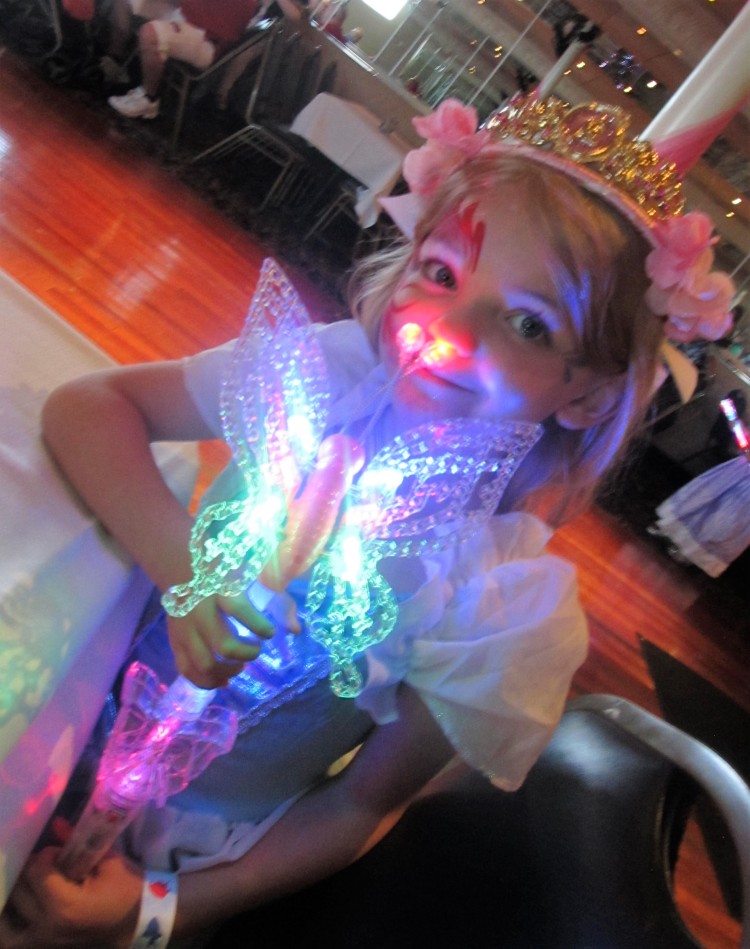 After the Ball, we climbed to the top of the riverboat to enjoy the views as we cruised down the river. I pointed out to her the university where her Daddy once attended as well as the stadium where the Reds play baseball. It was nice to just sit and relax in the breeze after a day of so much excitement. As she watched the waves churning around the boat, she said, “Mimi, this is one day I am NEVER going to forget!” 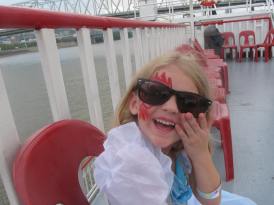 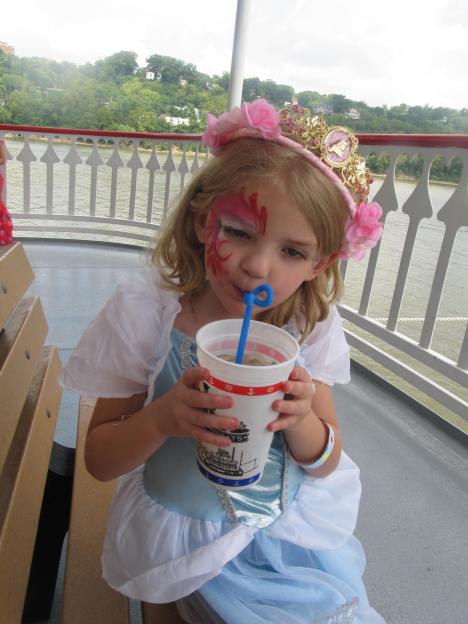 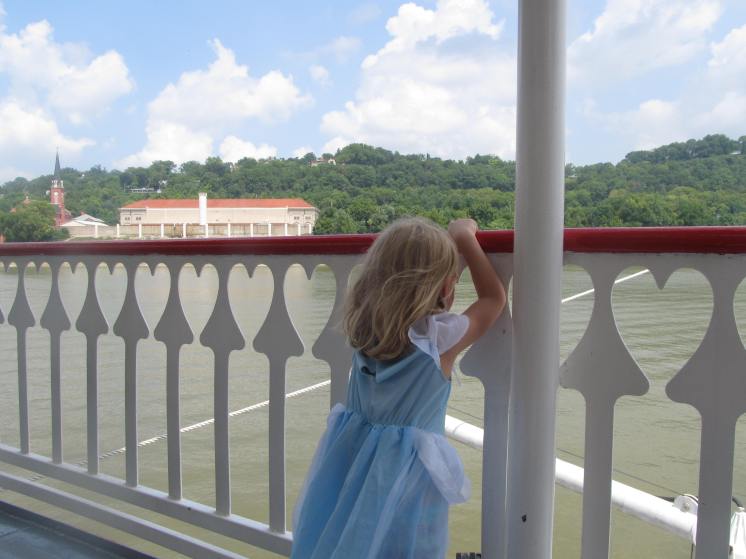 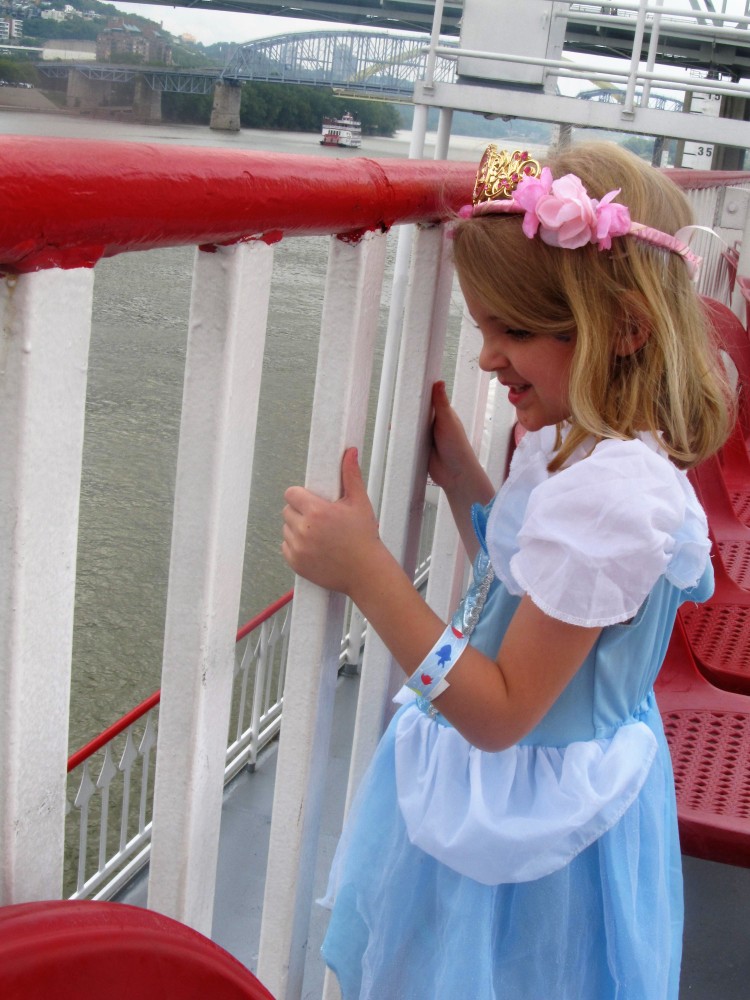 Published by Shirley A Murphy